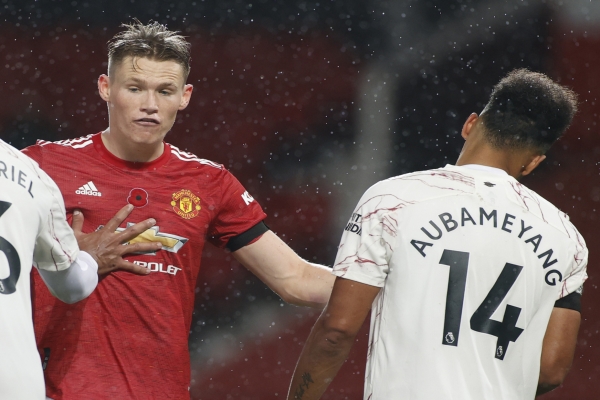 Arsenal and Manchester United failed to score in the derby of the 21st round, played at the Emirates. This result was of the greatest benefit for the leader in the standings, Manchester City, who remains three points ahead of his city rival, as the Citizens have a game less. Leicester and Liverpool can also take advantage of the fact that in the second consecutive match, the Red devils failed to reach victory. This is the sixth consecutive match in the Premier League in which United failed to beat Arsenal. Ole Gunnar Solskjaer’s team set a club record after remaining undefeated in the 18th consecutive match as a guest in the Premiership.

Mikel Arteta made one change compared to the last match with Southampton. Gabriel Martinelli started instead of Bukayo Saka. The new addition Martin Odegaard stayed on the bench for the beginning and debuted in the last minutes. Pierre-Emerick Aubameyang missed the third consecutive match for family reasons.

Arsenal started well and attacked more, but after the 20th minute United took the initiative and the better goal chances were created by them. In the 20th minute, Leno stretched to the maximum to deflect Fred’s shot, which came after a corner. In the 34th Bruno Fernandes shot very technically to the far corner, but the ball flew inches close from the goal post. At the very end of the first half, the Portuguese made a direct free kick, after which the ball bounced in the head of Luiz and went over. Otherwise, the first half ended with the same number of shots for both teams, as United had a significant advantage in control of the ball.

At the start of the second half, Arsenal had a great opportunity to take the lead. Bellerin’s cross from the right reached the far post to Willian, who replaced Martinelli at the break. The former Chelsea player decided to look for the far corner, while Wan-Bissaka threw himself into the split and blocked Willian’s shot.

The pressure by Arsenal was quite serious in those first minutes of the second half. United players resisted and in turn again reached a very good opportunity for goal. In the 59th minute Shaw crossed low on the ground, Cavani caught the ball close, but the shot went out. In the 65th minute Lacazette made a very good direct free kick, after which the ball bounced in the crossbar. Shortly afterwards, De Gea saved a strong blow by Smith Rowe.

In the 83rd minute in the game for his debut with the Arsenal team appeared Martin Odegaard who replaced Smith Rowe. A minute before the end, United had an exceptional chance to get the three points, after Cavani intercepted a cross from one meter from Wan-Bissaka. Leno remained in place, but the ball went to the side.

The Gunners recorded their seventh consecutive game without defeat in the Premier League and with 31 points climbed to eighth place. The guests from Manchester failed to win a second consecutive match and with 41 points remained in second place.