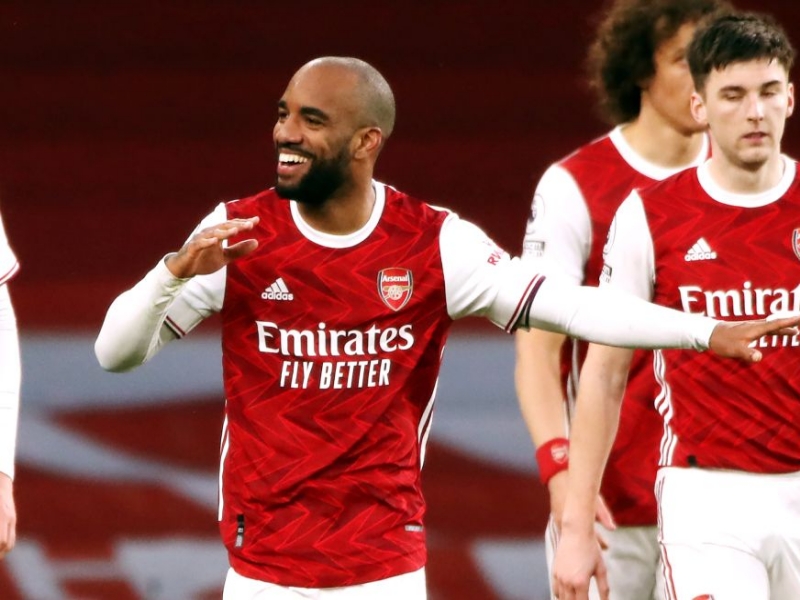 Arsenal won the 202nd edition of the North London derby after reaching a 2-1 turnaround against Tottenham at the Emirates. It can be said that the success of the Gunners is deserved, because most of the time, except for the last 15 minutes, they were the team that attacked and sought victory, while the Spurs defended. The symbolic guests took the lead after a phenomenal performance by Eric Lamela, who with a shot known as “Rabona” sent the ball in to the net of Leno. This goal is certainly one of the big favorites for a goal of the season in the Premier League. At the very end of the first half, Martin Ødegaard equalized. Before that, the crossbar stopped Arsenal twice. The Gunners came to a complete turnaround in the 64th minute when Alexandre Lacazette scored a penalty for Sanchez’s foul on him. The decision caused controversy, as the striker had already played the ball, but in the end there was a foul. Lamela turned from a hero into a sinner for Tottenham after receiving a second yellow card in the 76th minute. In the end the guests found the strength to put pressure. Harry Kane’s goal was disallowed  due to an offside, and then his shot hit the crossbar. Thus, the series of three consecutive victories for Spurs in the Premier League and five consecutive ones in all tournaments was interrupted.

Mikel Arteta surprisingly decided to leave Pierre-Emerick Aubameyang on the bench. Alexandre Lacazette was at the top of the attack. Gabriel, Emile Smith Rowe and Cedric Soares also started. Arteta revealed to the media that the Arsenal goal scorer is not a starter for disciplinary reasons, but did not give more details. And you can always check out the odds posted on Arsenal by the casino sportsbooks at OnlineCasinoSnoop.com, leading portal in the industry. Tanguy Ndombele started for Tottenham, and Gareth Bale, Harry Kane Son Heung-min started together again in front.

Arsenal took the initiative from the beginning, and Tottenham, as expected, accepted the game in their half. In the 16th minute, a nice shot by Smith-Row from 25 meters hit the crossbar, and shortly after that the guests were left without one of their key figures. Son suffered a sprain and was replaced by Eric Lamela. In their first serious attack, Tottenham opened the scoring. Bale crossed perfectly to the right, and Reguilon moved back into the penalty area. Moura stopped the ball for Lamela, who with a great shot sent the ball into the far corner for 0-1.

Five minutes later, luck turned its back on Arsenal again after a shot by Cedric Soares hit the crossbar again. The chance was on the side of Arsenal a minute before the end, when Ødegaard intercepted a cross by Tierney. The ball bounced in Alderweireld and this prevented Loris from saving – 1- 1.

At the break Arteta replaced Saka with Nikola Pepe. In the 57th minute, Bale left the field and was replaced by Sissoko. In the 62nd minute Lacazette received a great pass in the penalty area and tried a shot. The Frenchman did not hit the ball well and the shot was very inaccurate, but at that moment Sanchez tackled him. Michael Oliver showed a penalty and a yellow card to the defender. VAR confirmed his decision. In the end, the Frenchman executed the penalty perfectly and gave Arsenal a well-deserved lead 2-1.

Things got even more complicated for Tottenham in the 76th minute when Eric Lamela left his team with one man less after receiving a second yellow card for punching Tierney in the face in an attempt to keep the ball at one point. Only then, however, the Spurs played more openly and rushed to attack. Six minutes before the end, Harry Kane with a header after a very good cross from Moura from a free kick had a chance. The ball came in from the far corner, but the goal was correctly disallowed due to an pffside by the Tottenham goal scorer. The Gunners went too deep into their own half and in the 90th minute only luck saved them after Kane’s shot hit the crossbar.

The result leaves Arsenal in tenth, just four points off Tottenham in seventh. Next Premier League game for the Gunners is another London derby against West Ham on 21th with a 2nd leg game against Olymiacos in Europa League on Thursday.

Partey injury not that serious, expected to be ready for Leeds
Arsenal nets 1 to beat Watford in the EPL