Ozil may part, while Mustafi to stay 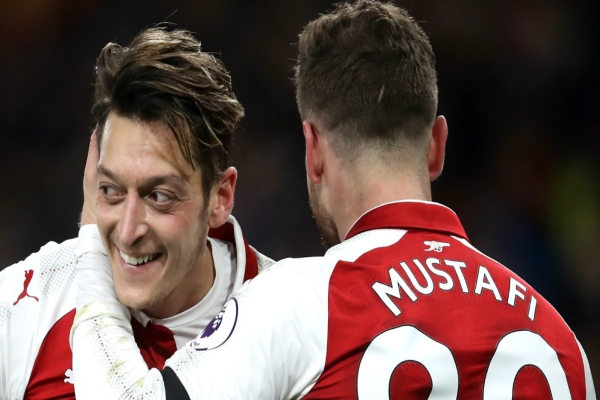 Mesut Ozil has offered Arsenal to give up the seven million pounds he must receive by the summer to terminate his contracts with the Gunners now. For a long time, the German himself insisted that he would fulfill his contract to the end, with critics accusing him of not being interested in his career at all, but simply wanting to collect his huge salary of 350,000 pounds a week.

According to The Athletic, however, the situation is no longer like that and the former German national wants to leave now to try to revive his career. If the 32-year-old really made such an offer, the club is unlikely to reject it, given that Ozil has not played a single game since the beginning of the season and Mikel Arteta does not rely on him. This would free up significant funds, and the player himself will most likely move to Fenerbahce immediately.

In other news Mikel Arteta does not want to part with Shkodran Mustafi during the January transfer window, although the German defender is rarely in the starting lineup. He is also in the last six months of his contract. After sending William Saliba to Nice on loan and confirming that Sokratis Papastathopoulos is also about to leave, Arteta is left with limited options at the heart of the defense.

“We have Papa that probably is going to leave the club in this window, William that has already gone on loan, so we don’t have that many right now.”, said Arteta

Mustafi missed the start of the season due to an injury and although he has played several times in various tournaments, he has only played in three Premier League games.

Rob Holding and Pablo Mari are starters in the center of defense at the moment, but Arteta believes that Mustafi can be their competition. “I think physically he still needed some time, then he started to play some games in Europe which I think he did well as well. “And now it’s about when do you make the next step to be a starter, and the reality is that we have to change for different reasons, use different personnel.”, commented over Mustafi situation Arteta.

Arsenal is to face Crystal Palace tonight in the Premier League.