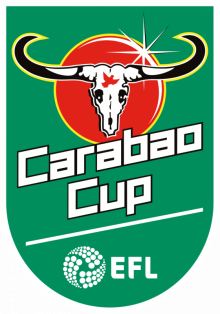 Arsenal’s run in the Carabao cup has ended at quarter-finals with painful 1-4 loss at Emirates against Manchester City. After somewhat equal first half finishing 1-1, City managed to dominate the second and score three unanswered goals guaranteeing battle in the next round against rival Manchester United.

Just 3 minutes were needed for Jesus to open the game for City with header after Zinchenko cross. Despite City dominance Lacazette brought the game back after half an hour of play. City could had taken the lead right back, but great save by Arsenal’s keeper Runarsson denied Jesus of second goal.

Unfortunately a Runarsson fumble after Mahrez free kick started the downfall for Arsenal in the second half. Quickly the result became 1-3 with another goal, this time by Foden, who was offside, but VAR was not put in place for the league cup matches this season and the referee’s mistake was not corrected. Leporte finished Arsenal with 4th goal in the last 20 min of the game.

Arsenal displayed not only poor defending, but lack of creativity in attack and poor possession in the midfield. Only two of the six goal attempts were on target with just 40% of ball possession paints the picture of the struggling Gunners.

With just one win in the last 10 matches Arsenal’s boss Mikel Arteta is under immense pressure to turn the club around. His job security seems to be at all time low and would not surprise anyone if Arsenal board decide to release him soon.