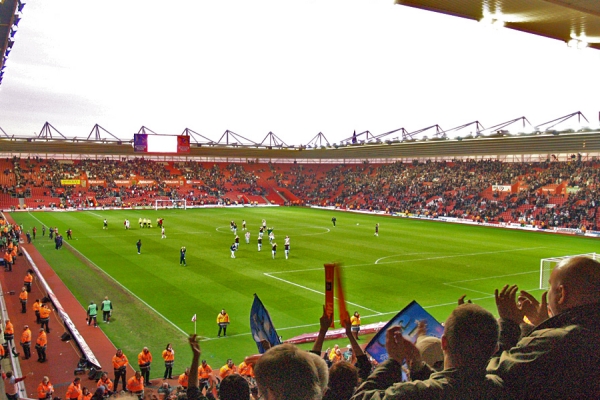 Arsenal got revenge on Southampton in a match of the 20th round of the Premier League. The Gunners prevailed with 3-1 as a guest. Arsenal is in good form in the league after being close to the relegation zone at Christmas. The team from North London took 13 of the possible 15 points in their previous 5 matches and in most recent 4 did not concede a goal.

The match started well for Southampton. In the 3rd minute they managed to take the lead after Stuart Armstrong took control of loose ball after a corner and scored for 1-0. Five minutes later, the Gunners equalized. Nikola Pepe received a precise pass in the penalty area from Granit Xhaka and overcame the goalkeeper with a fine shot in the bottom right corner for 1-1.

The Gunners managed to score a second goal in the 39th minute, after Saka scored. The 19-year-old talent of Arsenal feinted McCarthy and didn’t make a mistake for 2-1.

In the 42nd minute Lacazette fell in the penalty area, looking for a penalty, but the referee let the game continue. In the 50th minute of the match Theo Walcott tried his luck against Leno, but the goalkeeper saved his shot. The home side made an interesting attack in the 66th minute, but Danny Ings could not find an effective continuation and The Saints missed to equalize.

Arsenal made the score 3-1 with a goal in the 73rd minute when Lacazette scored from close range. The home side had a great opportunity to return to the game after a well-executed direct free kick by Ward-Prowse in the 86th minute, but Leno managed to stop the ball and kept the score unchanged.

In the end the Mikel Arteta’s boys won the game and took the three points. Arsenal is already at 8th place with 30 points. The Saints are in 11th place with two points less.