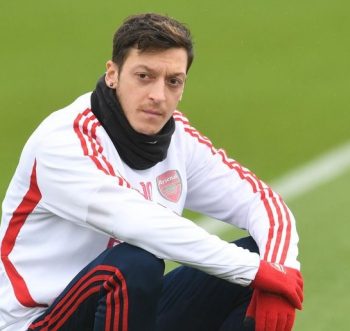 Mesut Ozil can leave Arsenal through the winter transfer window, but only if it benefits both sides. This opinion was expressed by the manager Mikel Arteta. The Spaniard did not include Ozil in any of the lists for the first half of the season and for this reason the former German national doesn’t has a single minute in the current campaign, although he receives 350,000 pounds a week. It was reported yesterday that the midfielder is negotiating with Fenerbahce and DC United, but in order to reach his transfer, Arsenal must also be satisfied, which certainly does not include the option for the club to continue to pay part of his salary.

Yesterday, the player’s agent said that Ozil’s priority is to stay at the Emirates until the end of the season. Arteta did not rule out this possibility either. If the playmaker stays, the manager must decide whether to include him for registration for the second half of the Premier League campaign.

“If something was sorted this month, it’s because it is good for both parties, it is good for Mesut and his future, and it’s good for the club,” Arteta said. “If that’s the case, we will move forward. If it’s not the case, the player will stay here.”

“I’m saying we will decide what’s happening in the next few days,” Arteta said when asked whether Ozil could remain at the club. “I don’t know what is going to happen. Obviously now he’s free to negotiate with other clubs. We will discuss internally what the best solution for him is for the near future, obviously with the player and agent too, and try to find the best solution for everyone.”

Ozil is available for Saturday’s FA Cup third-round clash with Newcastle, although his involvement seems unlikely.