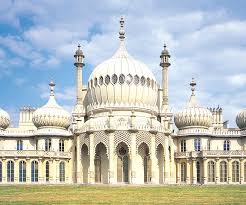 The neighbors in the standings are separated by only four points, and while for the Seagulls gravity around the relegation zone is something normal, for the fans of the Gunners it’s a real shock. Arsenal took a breath with the surprise victory against Chelsea and Mikel Arteta hopes that this success will turn the season around.

The task today will not be easy, because Arsenal has not won in its last 5 matches against Brighton in all tournaments. The Gunners have only 2 wins from 7 away games in the Premier League this season and 7 of their 17 points were earned away.

Brighton enters the match after another unfortunate draw in the visit to West Ham, after leading twice in the result.

Has anything changed at Arsenal? Maybe nothing…

They beat Chelsea scoring three goals that was exceptional for them as two of them before the halftime. However the credit went entirely to the passive guests. Chelsea came as if waiting for the Gunners to defeat themselves. As Frank Lampard said, he has never seen such a lack of desire to play in his players. “It’s not tactics or systems, it’s: do you want to run? Do you want to back your teammate up? Do you want to sprint? Or do you want jog? Or maybe you want to say, “Oh maybe I don’t have to run”. We took that decision rather than the right one.” blasted him players Lampard.

Arsenal center-back Gabriel Magalhaes will miss this game and David Luiz and Willian are also ill, but have both tested negative for COVID-19, while Thomas Partey will not recover in time for the game.

Pierre-Emerick Aubameyang was not 100% recovered from calf problem and made only appirance on the bench against Chelsea. He is expected to be ready for Brighton, while Nicolas Pepe could start on the opposite flank.

Arteta will not want to break up a winning formula, so keeping Martinelli in for another game may be the way. Furthermore, Bukayo Saka could be granted a rest ahead of another fixture just three days later.

Arsenal having had an extra day off to recover, so we can see Arteta’s men ending their year in a positive note. Arsenal are yet to win a Premier League game at the Amex Stadium and suffered two 2-1 defeats to Brighton last season.

Is Chelsea game the last chance for Mikel Arteta? Boxing Day derby preview
Arsenal ready for three in a row