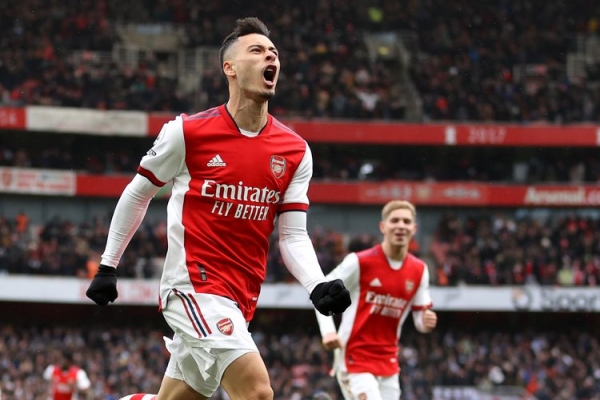 Arsenal have extended Newcastle’s agony after defeating them at the Emirates 2-0. The Gunners won the game within 10 minutes in the second half. Bukayo Saka opened the scoring in the 55th minute, and Gabriel Martinelli doubled the home team’s lead. The Brazilian came in as a reserve and appeared in place of Saka, who got injured.

Mikel Arteta’s boys quickly forgot about the loss to Liverpool and returned to the path of victory. With this success, the Gunners are leveled with the fourth place West Ham and are only seven points behind the leader Chelsea. Newcastle was left without a victory at the bottom of the standings with just six points.

Newcastle’s new manager Eddie Howe made his debut on the bench after missing the first game after taking over the club due to a positive coronavirus test. He tried to stop the Gunners pressure and managed to do so in the first half, in which both teams hit the crossbar once.

After the break, Arsenal picked up the pace and Saka opened the scoring after a pass from Nuno Tavares. A little later, the English national got injured and was replaced by Martinelli, who scored the second goal of the match. The Brazilian scored with his second touch after a good pass from Takehiro Tomiyasu.

The Arsenal attack has struggled this season. With only fifteen goals in thirteen games it’s sitting at 14th place of all teams in Premier League, even Newcastle has a more potent attack scoring 15 so far. Where thing look better is the overall defense stability, if we look past the two crushing defeats against Liverpool (0-4) and Man City (0-5) where the whole team was to blame, the Gunners had conceded only eight times in eleven games.

Next game on Thursday Arsenal travels to Old Trafford.