120 minutes needed for Arsenal to beat Newcastle in FA Cup 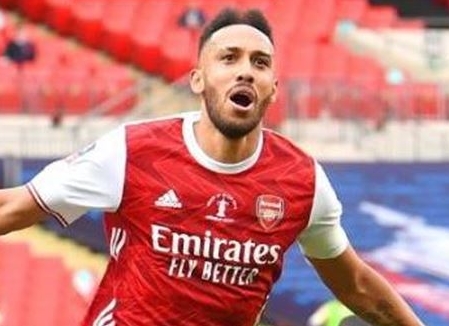 Arsenal had to work hard to qualify for the fourth round of the FA Cup. The Gunners beat Newcastle 2-0, but the goals fell only in after the second overtime. The regular time ended 0-0 and in the 92nd minute Andy Carroll missed a great opportunity to put the Magpies ahead. Substitute Emile Smith-Rowe scored in the 109th minute and Pierre-Emerick Aubameyang doubled shortly before the end of extra time.

Mikel Arteta had made seven changes to the squad and some of the players who got a chance to perform, such as Nicolas Pepe, were disappointing again. Defending trophy winner Arsenal managed to break Newcastle and move on.

Coming into the match after three consecutive victories, the Arsenal players confidently started the game with Newcastle and created several chances from the very beginning. Reiss Nelson showed in the starting lineup at the last minute after Gabriel Martinelli suffered a warm-up injury. It was he who made the first shot, but it did not hinder Martin Dubravka.

Nicolas Pepe, who has received a lot of criticism lately and is not often in the squad, also started actively, forcing the goalkeeper of the guests to intervene. The Gunners have an advantage in terms of ball control. In the 25th minute, Aubameyang was found by Luis in the penalty area. He shot strong, Dubravka reflected, and in the follow up Willian sent the ball high above. Nelson again had a chance later, but he didn’t control the ball well and missed it.

Newcastle’s defense had a lot of work to do, but overall it managed to cope with the opponent’s attacks in the first half. At the beginning of the second half, things looked a little different and Newcastle threatened Leno several times. Andy Carroll, who generally played well, finished couple attacks, but did not trouble the home goalkeeper. In the 56th minute he missed a great opportunity. The striker was behind the defense, but his shot from a clear position was inaccurate.

Arsenal had a hard time creating clear attack chances. Willock missed one of the few good opportunities. He was left alone to make a header in the penalty area,but despite been accurate it was not strong enough and Dubravka managed to catch with ease. Aubameyang also failed to overcome the goalkeeper, sending the ball wide.

At the very end of the regular time, Newcastle could have stolen the victory. However, Leno made a brilliant save after a shot by Carol. In added time, the referee issued a red card to Smith-Rowe, who came in as a substitute. After reviewing the situation with VAR, the card was changed to yellow.

Arteta’s team did not intend to wait for the penalties and in overtime intensified its efforts in search of a goal. The Gunners pressed and created more chances than in the match so far. Dubravka had to intervene after a volley from Xhaka, and Pepe and Elneny were not accurate in their shots. Alexandre Lacazette also appeared in the game for the second overtime, and in the 109th minute Smith-Rowe managed to overcome the goalkeeper of the Magpies with a diagonal shot. The guests changed their style of play, but did not have the strength to respond. Three minutes before the end, Aubameyang scored a second goal after a pass from Tierney.

With the win today Arsenal is waiting for the 4th round draw on Monday.