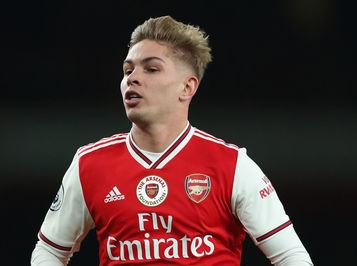 Arsenal are about to give up Real Madrid playmaker Isco. This is because the team is impressed by the form of the young Emile Smith Rowe. The 20 year old has made a strong impression in recent weeks after being given a chance to play in a series of matches.

Arteta was thought to be a big supporter of Isco and would like to take the 28 year old Spaniard if the opportunity arose. However, AS claims that the management of The Gunners does not see any sense in such an investment, given the possibility of imposing Smith Rowe.

The English youngster spent last year on loan at Huddersfield even earned the seal of approval from outcast Mesut Ozil. Isco on other hand had been touted as one of the names to replace the German after his falling out with Arteta.

Arsenal have won all of its last three Premier League games and Gunners boss Arteta has been very impressed with what he has seen from Smith Rowe.

This season the 20 year old midfielder has played 7 games in all competitions, scoring 1 goal and adding four assists.