Arsenal out of FA Cup after 0-1 loss to Southampton 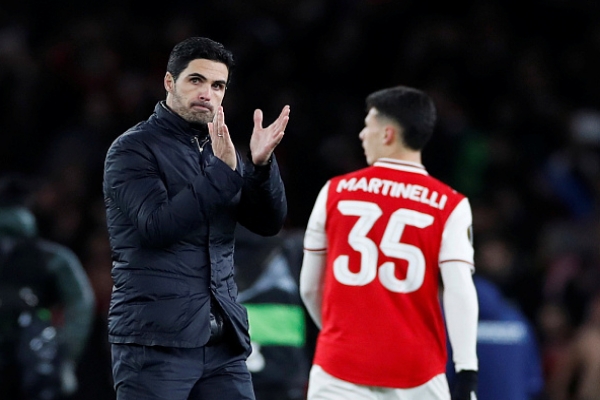 Last season’s FA Cup winner Arsenal was dethroned after a 0-1 loss to Southampton in the fourth round of the tournament. The only goal came in the 24th minute and was an own goal by the Gunners defender Gabirel.

Southampton started the match better and at the very beginning imposed pressure and settled in the half of their opponent. The first serious danger came in the 15th minute, when Che Adams advanced well, overcame Gabriel and remained face to face with Leno, but the German guard blocked the shot. In the ensued counterattack, Gabriel Martinelli was brought out alone against Fraser Foster, but failed to find the ball well and it did not hinder the goalkeeper.

The Saints took the lead in the 24th minute after an attempt to cross from the right by Kyle Walker-Peters created tension in Arsenal‘s penalty area, the ball touched Gabriel and went under Leno’s plunge to enter the net for 1-0.

Until the end of the half, the Southampton continued to be the more active team, but there were no new serious dangers for the two goalkeepers. The Saints started the second half strongly, as only four minutes after its start, the goalkeeper Fraser Foster with a long kick found Danny Ings alone against Leno, but his shot hit the crossbar, the goalkeeper’s back and went into corner.

In the 66th minute, the Saints had another good chance. Adams advanced from the left and gave an excellent parallel pass around the penalty spot, but Theo Walcott slowed down and failed to strike. A minute later, Nicolas Pepe found on excellent position Eddie Nketiah and the youngster made a shot with his left foot, which Foster saved.

The Londoners picked up the pace and started to look much more dangerous after the 70th minute, but never managed to reach clear goal situations. Ten minutes before the end of the regular time, an excellent combination between Eddie Nketiah and Pepe set up the latter alone against the goalkeeper, but his shot was cleared in front of the goal line by James Ward-Prouse, and later it turned out that he was offside. In the 88th minute, the hosts demanded penalty for a foul of Rob Holding against Shane Long, but the referee gave only a corner in their favor.

This was the last interesting situation in the match. Southampton qualifies for the next phase of the tournament, where they will face the winner between West Ham and Doncaster Rovers. Arsenal will focus on the Premier League and Europa League.