Arsenal bounce back with 3-0 against Newcastle 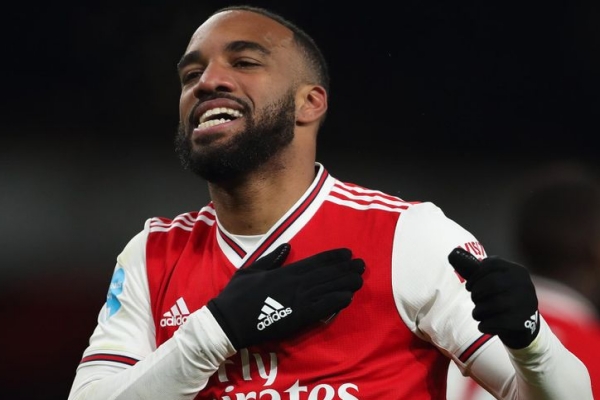 Arsenal trashed Newcastle 3-0 in a match of the 19th round of the Premier League. The Gunners played a very strong second half, when all three goals were scored. Pierre-Emerick Aubameyang scored twice, and Bukayo Saka added one goal. The Gunners are already in the top half of the table, in 10th place. Mikel Arteta’s team overtook Aston Villa, while Newcastle remained 15th and with its performance did not give any reasons for optimism to its fans.

The two teams met at the Emirates ten days ago in the FA Cup, as Arsenal prevailed after extra time. The North London team is on a roll in the league after collecting 10 points in its previous 4 matches, in addition to not conceding a goal in 4 consecutive matches in all tournaments. Today, the positive run was continued with another clean sheet.

Newcastle arrived in London after a loss to bottom table Sheffield United. Against Arsenal The Magpies lost in each of their most recent 4 league games. They had a chance to equalize on points with the 14th Wolverhampton, but did not offer anything offensively and now are getting closer to the relegation zone.

For Arsenal starter was Thomas Partey, who until recently was recovering from an injury. The Ghanaian played next to Granit Xhaka in the middle of the field, in front of them were Bukayo Saka, Emil Smith Rowe. Pierre-Emerick Aubameyang, and Alexandre Lacazette started at the top of the attack. Recovered Kieran Tierney also started from the first minute. The others in defense in front of Bernd Leno were Cedric Soares, Rob Holding and David Luiz. Arteta left Willian, Nicolas Pepe and Mohamed Elneny on the bench.

There was no pressure exerted from Arsenal in the beginning, and the long combinations in the midfield did not put stress on the Newcastle defense. In the 9th minute, Aubameyang had the opportunity to enter the penalty area, but the Gabonese was lingering around and just passed the ball into the hands of Darlow. The Arsenal star had a clearer opportunity a few minutes later. Smith Rowe found Saka on the flank, who shot, but Darlow blocked with his foot. The ball went to Aubameyang, but he sent it into the crossbar instead of finding the net.

The Gunners settled permanently in the opponent’s half, but it was difficult for them to reach clear positions. Thomas Partey tried a long shot, which was extremely inaccurate.

In the 24th minute Almiron ran almost the entire field and after one-two with Carroll shot with power, but wide. Aubameyang had another chance to score in the 27th minute after an excellent counter-attack started by him. Smith Rowe returned the ball to the striker, but he again did not hit the target. Arsenal gradually increased their pressure, but the constant crossing did not lead to anything interesting.

The Gunners pressed the opponent at the beginning of the second half and Lacazette made a powerful shot, but Carl Darlow saved in an impressive way. In the 50th minute, Thomas Partey found Aubameyang, who this time overcame Krafth and Darlow for 1-0.

In the 61st minute Smith Rowe run down beautifully on the left flank and passed the ball to Saka. For the 19-year-old talent there was nothing left but to put the ball in the net for 2-0. I

n the 66th minute Lacazette could have decided everything, but Darlow deflected his header. Arteta replaced Partey, who played one of his strongest games, with Mohamed Elneny. For Newcastle, Jacob Murphy replaced Andy Carroll. The Magpies no longer could close down the Gunners’ attacks. Arsenal completely controlled the match and in the 77th minute the intrigue totally disappeared. Saka passed to Cedric Soares, who caught the ball on goal-line, where he followed with a low cross to Aubameyang for his second goal tonight. The situation was looked with VAR, because there were doubts that the ball left the field, but this was not the case and the goal remained.

Arsenal is in visible raise and continues to climb in the Premier League table. The next game they are guests to Southampton, who are 5 points ahead. For Newcastle, the situation is complicated. The team is in very poor form and is about to visit Aston Villa. The Magpies have not won since December 12, and in their last 5 Premier League games they have scored just one goal.