Wrong step for Arsenal after 0-0 against Crystal Palace 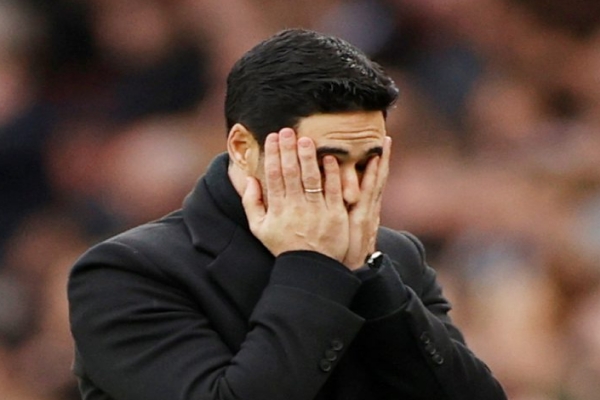 Arsenal failed to win against Crystal Palace a match of the 18th round of the Premier League and finished 0-0. Both teams made efforts to get the three points, but never managed to overcome the two goalkeepers. The Gunners failed to take the first victory over Palace since they were led by the French legend Arsene Wenger and also broke their run of three consecutive victories.

Arsenal started the game pressing his opponent, but Mikael Arteta’s players failed to create real goal opportunities in front of the guest’s keeper.

In the 20th minute Pierre-Emerick Aubameyang found himself in an advantageous position and made the first dangerous shot in the direction of the Vicente Guaita. A minute later, things moved to the other side of the field, where Eberechi Eze brought Zaha into the penalty area, but the striker was perfectly covered and could not make a dangerous shot.

Arsenal continued to lead the game and be the active team, but never managed to seriously threaten the opponent’s goal. On the other hand, Palace responded with sharp counterattacks, which, failed to be well channeled into real dangers. They created their best chance in the 18th minute, when Eze cross from a free kick and Tomkins overtook the defenders of the Gunners, but the ball hit the crossbar.

Just before half time Bernd Leno had to make an impressive save after Mitchell’s cross from the left hit the area around the penalty spot, and Christian Benteke overtook David Lewis and made a good shot, but the German guard did not allow the ball to go past him.

The second half started in a similar way the first one ended and continued the pressure , which Arteta’s team never managed to materialize with real goal chances. The visitors again managed to counterattack very dangerously in the 69th minute, when Benteke managed to pass to Zaha, who advanced into an empty space and was about to pass an excellent parallel ball to the central striker, but an excellent intervention of Granit Xhaka prevented the attack to continue.

In the 84th minute Wilfred Zaha again managed to advance dangerously and invade the penalty area, where Rob Holding intervened and managed to clear. The Palace winger demanded a penalty, but Andre Mariner remained silent. This was the last more dangerous situation in the match, which ended with a score of 0-0

Arsenal retained their 11th place in the standings with 24 points, and Crystal Palace remained 13th with only one point less. In the next round, Arsenal will meet Newcastle again at the Emirates, and Crystal Palace have a difficult test in their visit to Manchester City.

Ozil may part, while Mustafi to stay
Arsenal bounce back with 3-0 against Newcastle