Arsenal back to the form of before Christmas, lose 0-1 at Villa Park 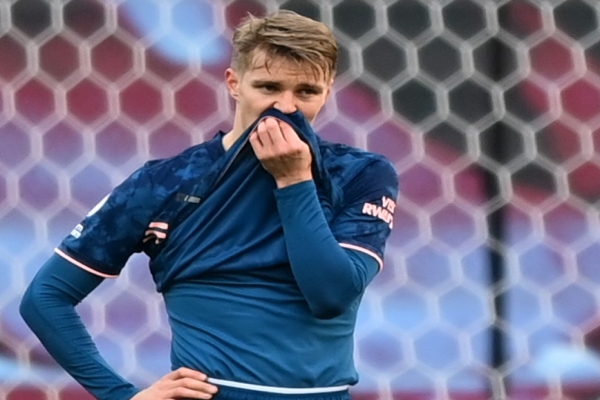 Aston Villa inflicted a second consecutive defeat to Arsenal in the match finished 0-1 between the two teams from the 23rd round of the Premier League. This was the second consecutive loss for the Mikel Arteta players , who were defeated by Wolverhampton a few days ago. Arsenal is in tenth place with 31 points, four behind Aston Villa.

Aston Villa scored the only goal in the second minute, when Cedric made a mistake pass back to Gabriel, who was intercepted by Bertrand Traore, he bursted into the penalty area and passed low to Ollie Watkins, who could not go wrong. 0-1

Shortly after the 30th minute of the half, Granit Xhaka made an excellent direct free kick, but even more impressive was the intervention of Emiliano Martinez, who tipped the ball in corner. In the next attack, Dean Smith’s players could have scored a second goal, when first Traore again invaded the penalty area, but Matthew Ryan saved, and then Gabriel blocked the second attempt by Ross Barkley.

Ten minutes after the start of the second half, Aston Villa could have doubled its lead after a corner when John McGinn distracted the defense, but in the end the shot to Ryan was in his reach and he intervened authoritatively.

In the 64th minute in front of Arsenal was a good opportunity to score, when Granit Xhaka sent an excellent pass to the entering the penalty area Nicolas Pepe, who contunied the ball in the direction of Pierre-Emerick Aubameyang, but again Emiliano Martinez intervene well and do not allow the ball to reach Arsenal’s star. Only a few minutes later, the French wing again found itself in a good position and again shot straight at the hands of Villa goalie.

Mikel Arteta tried to refresh his team and replaced the Cedric Soares with the new addition Martin Odegaard, but ten minutes later he received bad news when he had to replace the injured Thomas Partey with Willian. In the 79th minute, Jack Greenish could score again after a great shot, but Matthew and the defense intervened decisively.A few minutes later, Greenish passed perfectly to Ollie Watkins, but the striker shot past the visitors’ door. The guests responded with a dangerous shot by the Odegaard , which passed over the crossbar.

By the end of the game, Villa looked closer to the goal than their guests and eventually congratulated themselves with a minimal victory. In the next round, Arsenal will host Leeds, and Villa will host Brighton.

Two red cards for Arsenal end the good run in the League
Partey injury not that serious, expected to be ready for Leeds