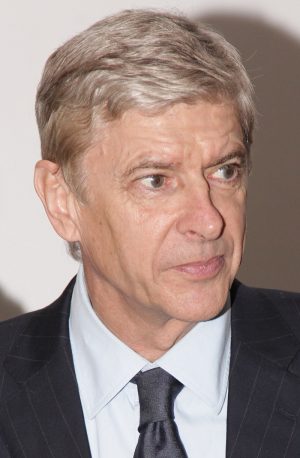 Arsene Wenger, who has led Arsenal for almost 22 years, said he would help the club if the Gunners sought him out. Wenger is currently FIFA’s director of global football development.

“Do I want to go back to Arsenal? I don’t want anything. If I’m needed, I’ll help. But I don’t expect to be called,” Wenger said in an interview with Men in Blazers.

The Frenchman has never hidden that he is disappointed with the way he parted ways with Arsenal, but he believes that time heals.

The Londoners had a nightmarish start to the season, which led to speculation about the future of manager Mikel Arteta. Arsenal have won their last two games (3-1 victory over Chelsea and 1-0 victory over Brighton), which moved the team away from the relegation zone. Now The Gunners are in 13th place with 20 points. Tonight, Arsenal will visit West Bromwich, who are struggling for survival and remain in 19th , having won just eight points from 16 matches.

When asked how he accepted the parting with the club, the 71 year old specialist answered succinctly: “I wish nothing, Time is a good doctor, you know”, finished Wenger.

Second win in a row for Arsenal, 1-0 against Brighton
New Year turnaround for Arsenal, vintage performance in 4-0 win against West Brom