Second win in a row for Arsenal, 1-0 against Brighton 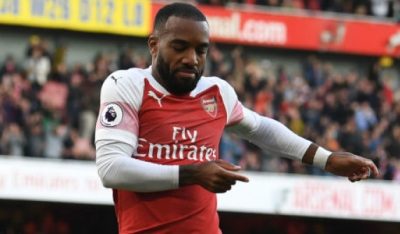 Arsenal achieved a second consecutive victory and first at the “Amex Stadium” in the Premier League, after beating Brighton 1-0 as a guest. The team of Mikel Arteta, who a few days ago played their strongest match in the championship in the derby with Chelsea, showed absolutely nothing in the first half. Brighton had the advantage until the break, but in the second half Arsenal became more active. Alexandre Lacazette in 66th minute brought the three points to the guests after scoring just 21 seconds after appearing in the game.

The Gunners finally broke its opponent, from whom they lost twice last season, and also had not won against him in five consecutive matches in all tournaments. Brighton is left with only one home victory in the Premier League in 2020 in the previous match against Arsenal.

Mikel Arteta made only one change compared to the derby with Chelsea. Pierre-Emerick Aubameyang returned to the attack at the expense of Alexandre Lacazette. Graham Potter made six adjustments for Brighton compared to the draw with West Ham – Alexis McAllister, Pascal Gross, Alireza Jahanbakhsh, Davy Propper, Bernardo and Joel Veltman.

The few interesting situations in the first part were at the door of Bernd Leno. The Seagulls fired eight shots, one of which was accurate. In the 37th minute, a cross from the right reached the far post where Jahanbakhsh shot, but Leno saved. Arsenal did nothing in front. Xhaka took a direct free kick and it was the only shot for Arsenal in the first half and the ball went over the post.

Brighton started well second half too. The hosts demanded a penalty for clash between Dunk and Holding. VAR reviewed the situation, but found nothing wrong. After this episode Arsenal began to perform more energetic in attack. In the 50th minute Aubameyang had a great opportunity after Saka’s cross reached him, but Sanchez intervened wonderfully and stopped the shot from close range. In the ensuing corner, Aubameyang had a chance again, which went wide. Two minutes later, The Gunners came to another very good opportunity. This time Smith Rowe made a good run and found Martinelli in the penalty area. The Brazilian tried to direct the ball to the upper far corner, but it went over the bar.

In the 66th minute for Arsenal appeared Alexandre Lacazette, who replaced Martinelli. 21 seconds later, the Frenchman scored. Saka passed very well to the right, returning to Lacazette and with a low shot in the near corner gave Arsenal the lead.

There were no more interesting situations until the end.

Arsenal boss Arteta was satisfied with the result more than the play of the team. “We had a really tough week, and it wasn’t that much about performances it was about the results. But you need the results to establish that confidence “, he noted in the after game press conference.

“To come here again three days later and get another win is massively important. As well I think we did it in a convincing way. In the second half we played much better and in the Premier League you have to hang on for a few minutes. But proud for the boys and happy with the result.”, finished Arteta.

With this success, Arsenal climbed to 13th place, while Brighton remained just above the relegation line.